Ganesha (Sanskrit: गणेश; IAST: Gaṇeśa), also spelled Ganesa or Ganesh, also known as Ganapati (Sanskrit:गणपति, IAST: gaṇapati), Vinayaka (Sanskrit: विनायक; IAST: Vināyaka), and Pillaiyar (Tamil: பிள்ளையார்), is one of the deities best-known and most widely worshipped in the Hindu pantheon.[5] His image is found throughout India and Nepal.[6] Hindu sects worship him regardless of affiliations.[7] Devotion to Ganesha is widely diffused and extends to Jains, Buddhists, and beyond India.[8]

Great highlights. Also, the red and pink look lovely together. 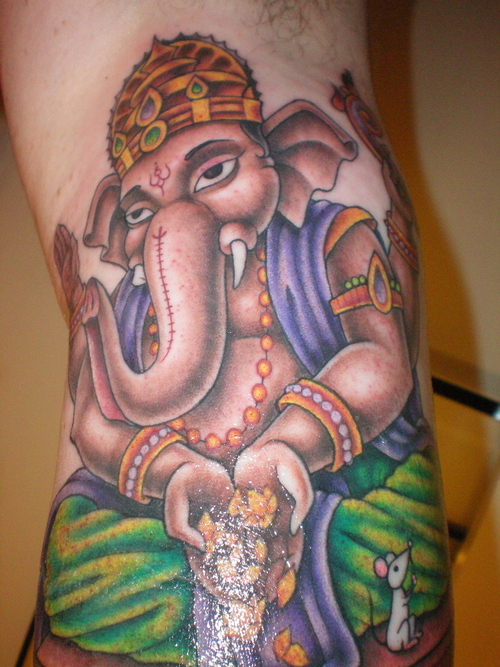 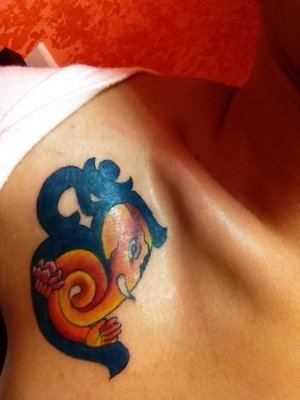 Ganesh tucked into an OM!

Although he is known by many other attributes, Ganesha’s elephant head makes him particularly easy to identify.[9] Ganesha is widely revered as the Remover of Obstacles[10] and more generally as Lord of Beginnings and Lord of Obstacles (Vighnesha (Sanskrit: विघ्नेश; IAST: Vighneśa), Vighneshvara (Sanskrit: विघ्नेश्वर; IAST: Vighneśvara)),[11] patron of arts and sciences, and the deva of intellect and wisdom.[12] He is honoured at the beginning of rituals and ceremonies and invoked as Patron of Letters during writing sessions.[13]Several texts relate mythological anecdotes associated with his birth and exploits and explain his distinct iconography. 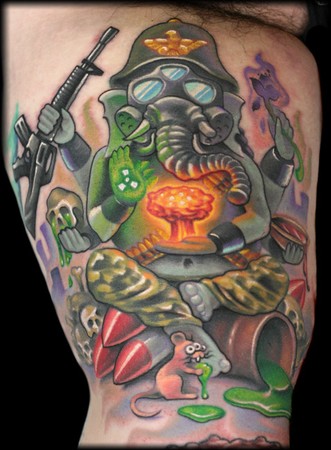 Love all the colors!

Ganesha emerged a distinct deity in clearly recognizable form in the 4th and 5th centuries CE, during the Gupta Period, although he inherited traits from Vedic and pre-Vedic precursors.[14] His popularity rose quickly, and he was formally included among the five primary deities of Smartism (a Hindu denomination) in the 9th century. A sect of devotees called the Ganapatya (Sanskrit: गाणपत्य; IAST:gāṇapatya), who identified Ganesha as the supreme deity, arose during this period.[15] The principal scriptures dedicated to Ganesha are the Ganesha Purana, the Mudgala Purana, and the Ganapati Atharvashirsa. 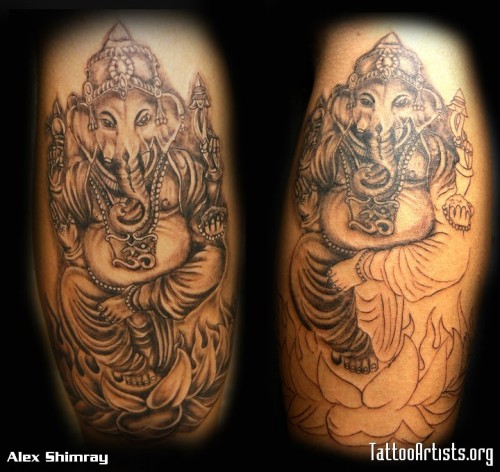 Check out the beads and the wrinkles in the pants…wow.

Another lovely black and white!