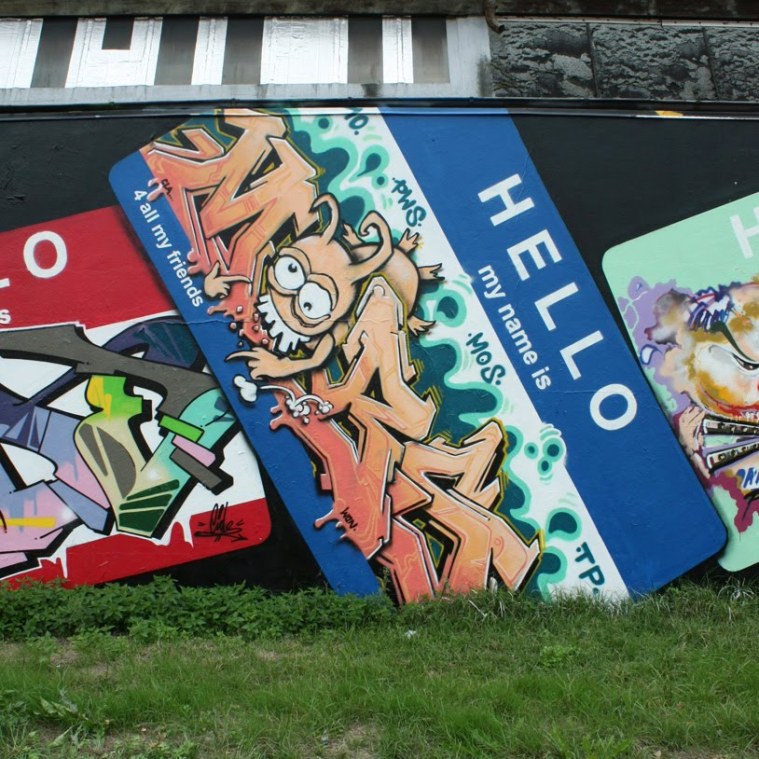 So I have a kinda weird last name. It is definitely uncommon, and I could be convinced that it sounds like a perky version of “Hanks.” A boyfriend once nick-named me Shrinklestein (thanks in advance for not calling me that), an allusion to my name and my short stature. For a while I thought I would take a pseudonym. When it came down to it though, my name is ALISON HINKS. I didn’t choose my eyecolor, my hair texture, my body-type, and I didn’t choose my name. Those were all gifts, and I appreciate them wholly.

I don’t know what tiny purple god sat on my shoulder when I decided to sac-up and be me, but I am thankful to it all the time. I am proud of every victory and misstep that ALISON HINKS has experienced, and I have nothing to hide.

(Sure, there are maybe a couple of outfits from middle-school I wish no one remembers, but the point remains.)

There is no degree I can earn, no study I can take on, no life-changing event big enough for me to not want to claim this name, just this name, and nothing but this name.

I get antsy looking at the yogis that came before me and took on other names, or other names have been bestowed on them.

All of them, every single one, I believe was just a dude or a dudette. No closer to god, or enlightenment, or figuring crap out than anyone else.

Kriyananda, the dude who holds Yogananda’s lineage? His given name is J. Donald Walters. That just makes me snort a little. I’m sure he’s a great guy (he looks so friendly in his picture) but taking on “Kriyananda” seems to be a little disrespectful to “J. Donald.” As “J. Donald” he lived an entire life, an entirely legitimate life that deserves to be honored and absorbed by the person he is today.

Not to pick on Kriyananda. I don’t know the guy and I’m just using him as an example.

Everyone changes and grows over a lifetime, name-change or not.

When it comes down to it, taking on a “yoga name” or letting people give you a “yoga name” is different than just changing your name to Ronald K. Detweiler or Suzie Chang or Dr. Suzie Chang or Mrs. Suzie Detweiler. Because when you ask someone to call you Sri, or Swami, or Kriyananda that someone KNOWS that is not your given name. That this name/title is claiming status higher than a person with merely a given name.

It’s like Suzie Chang asking everyone at the neighborhood BBQ, “Oh, please call me Doctor S. Thanks.”

It removes the direct connection of person-to-person and creates a a divide between Re-named and Not Re-named.

I will say, though, Shiva Rea really lucked the fuck out in the name department, didn’t she? 😉